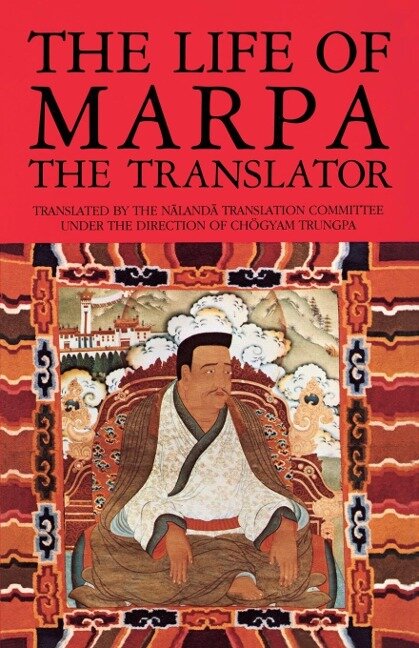 The Life of Marpa the Translator

Marpa the Translator, the eleventh-century farmer, scholar, and teacher, is one of the most renowned saints in Tibetan Buddhist history. In the West, Marpa is best known through his teacher, the Indian yogin Nâropa, and through his closest disciple, Milarepa. This lucid and moving translation of a text composed by the author of The Life of Milarepa and The Hundred Thousand Songs of Milarepa documents the fascinating life of Marpa, who, unlike many other Tibetan masters, was a layman, a skillful businessman who raised a family while training his disciples.
As a youth, Marpa was inspired to travel to India to study the Buddhist teachings, for at that time in Tibet, Buddhism has waned considerably through ruthless suppression by an evil king. The author paints a vivid picture of Marpa's three journeys to India: precarious mountain passes, desolate plains teeming with bandits, greedy customs-tax collectors. Marpa endured many hardships, but nothing to compare with the trials that ensued with his guru Nâropa and other teachers. Yet Marpa succeeded in mastering the tantric teachings, translating and bringing them to Tibet, and establishing the Practice Lineage of the Kagyüs, which continues to this day.