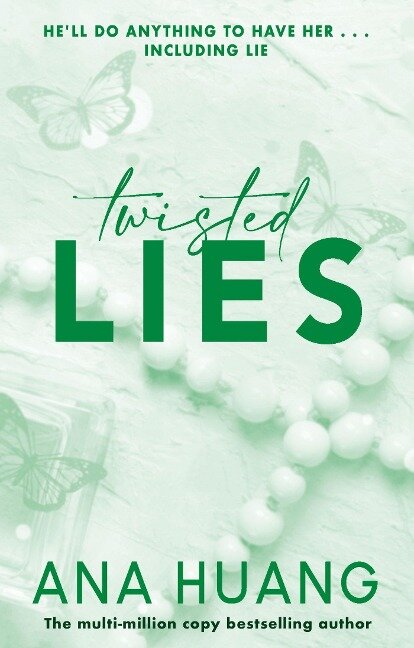 Discover the addictive world of the Twisted series . . .
Charming, deadly and smart enough to hide it, CHRISTIAN HARPER is a monster dressed in the perfectly tailored suits of a gentleman.
He has little use for morals and even less use for love, but he can't deny the strange pull he feels toward the woman living just one floor below him.
She's the object of his darkest desires, the only puzzle he can't solve. And when the opportunity to get closer to her arises, he breaks his own rules to offer her a deal she can't refuse.
Every monster has their weakness. She's his.
His obsession. His addiction. His only exception.
***
Sweet, shy and introverted, despite her social media fame, STELLA ALONSO is a romantic who keeps her heart in a cage.
Between her two jobs, she has little time or desire for a relationship. But when a threat from her past drives her into the arms - and house - of the most dangerous man she's ever met, she's tempted to let herself feel something for the first time in a long time.
Because despite Christian's cold nature, he makes her feel everything when she's with him.
Passionate. Protected. Truly wanted.
Theirs is a love twisted with secrets and tainted by lies . . . and when the truths are finally revealed, they could shatter everything.

Ana Huang is an author of primarily steamy New Adult and contemporary romance. Her stories range from light-hearted to dark, but they all have HEAs with plenty of banter and swoon sprinkled in. Besides reading and writing, Ana loves travelling, is obsessed with hot chocolate, and has multiple relationships with fictional boyfriends.

The Boy, The Mole, The Fox and The Horse