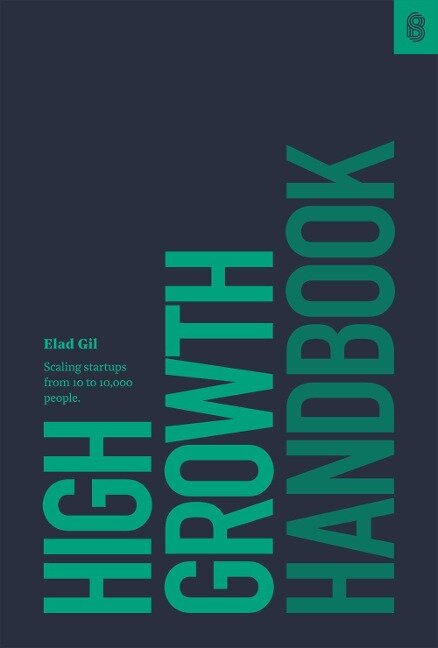 SILICON VALLEY HEAVYWEIGHT: As an investor or advisor to companies including Airbnb, Instacart, Pinterest, Square, and Stripe, Elad Gil has been called “Silicon Valley's biggest solo venture capitalist” and one of the Valley's “seriously knowledgeable and battle-tested players.”
THE STARTUP PLAYBOOK: High Growth Handbook is informed by interviews with some of the biggest and most successful names in tech and venture capital, including Reid Hoffman (LinkedIn), Marc Andreesen (Andreesen Horowitz), and Sam Altman (Y Combinator).WIDE-RANGING APPEAL: The clear and actionable playbook that Gil lays out can be applied by entrepreneurs in every field to scale their companies from 10 to 10,000 people.ENGAGED COMMUNITY: Stripe Press has a sizable community of avid fans—who run the gamut from startup founders to executives at some of the world's largest companies—who eagerly await each new title. Many readers tweet about our books—the Stripe Press “shelfie” is a genre unto itself—as do the founders of Stripe and many Stripe employees.

Elad Gil is an entrepreneur, operating executive, and investor or advisor to private companies such as Airbnb, Coinbase, Checkr, Gusto, Instacart, OpenDoor, Pinterest, Square, Stripe, and Wish. He is cofounder and chairman at Color Genomics. Gil was the VP of corporate strategy at Twitter, where he also ran product and operational teams. He joined Twitter via the acquisition of MixerLabs, where he was cofounder and CEO. He spent many years at Google, where he started the mobile team and was involved in all aspects of getting it up and running. He was involved with three acquisitions (including the Android team) and was the original product manager for Google Mobile Maps. Prior to Google, Gil had product management and market-seeding roles at a number of Silicon Valley companies. He received his PhD from the Massachusetts Institute of Technology and has degrees in mathematics and biology from the University of California, San Diego. He lives in San Francisco.