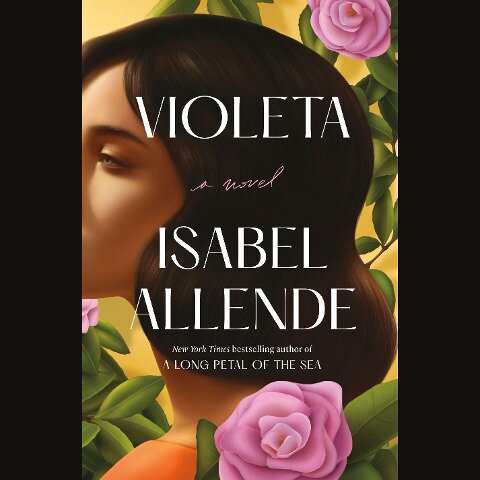 This sweeping novel from the New York Times bestselling author of A Long Petal of the Sea tells the epic story of Violeta Del Valle, a woman whose life spans one hundred years and bears witness to the greatest upheavals of the twentieth century.
ONE OF THE MOST ANTICIPATED BOOKS OF 2022-Oprah Daily, The Washington Post, Business Insider, Marie Claire, Bustle, Ms. magazine, PopSugar, The Week, Electric Lit, The Millions, She Reads, Lit Hub, Book Riot
Violeta comes into the world on a stormy day in 1920, the first girl in a family with five boisterous sons. From the start, her life is marked by extraordinary events, for the ripples of the Great War are still being felt, even as the Spanish flu arrives on the shores of her South American homeland almost at the moment of her birth.
Through her father's prescience, the family will come through that crisis unscathed, only to face a new one as the Great Depression transforms the genteel city life she has known. Her family loses everything and is forced to retreat to a wild and beautiful but remote part of the country. There, she will come of age, and her first suitor will come calling.
She tells her story in the form of a letter to someone she loves above all others, recounting times of devastating heartbreak and passionate affairs, poverty and wealth, terrible loss and immense joy. Her life is shaped by some of the most important events of history: the fight for women's rights, the rise and fall of tyrants, and ultimately not one, but two pandemics.
Through the eyes of a woman whose unforgettable passion, determination, and sense of humor carry her through a lifetime of upheaval, Isabel Allende once more brings us an epic that is both fiercely inspiring and deeply emotional.