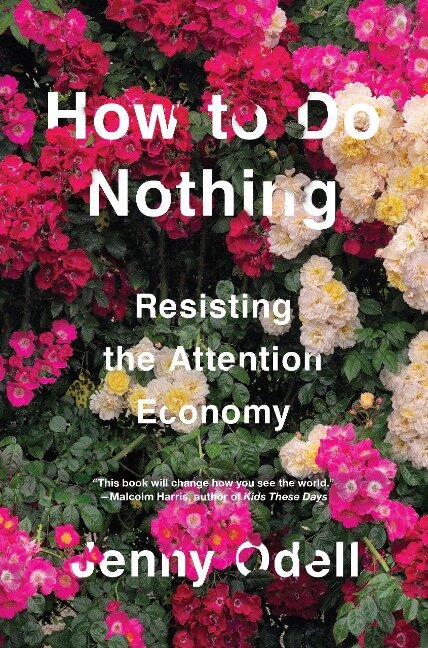 How to Do Nothing: Resisting the Attention Economy

A New York Times Bestseller
"A complex, smart and ambitious book that at first reads like a self-help manual, then blossoms into a wide-ranging political manifesto."-Jonah Engel Bromwich, The New York Times Book Review
One of President Barack Obama's "Favorite Books of 2019"
NAMED ONE OF THE BEST BOOKS OF THE YEAR BY: Time • The New Yorker • NPR • GQ • Elle • Vulture • Fortune • Boing Boing • The Irish Times • The New York Public Library • The Brooklyn Public Library
Porchlight's Personal Development & Human Behavior Book of the Year
Nothing is harder to do these days than nothing. But in a world where our value is determined by our 24/7 data productivity . . . doing nothing may be our most important form of resistance.
So argues artist and critic Jenny Odell in this field guide to doing nothing (at least as capitalism defines it). Odell sees our attention as the most precious-and overdrawn-resource we have. Once we can start paying a new kind of attention, she writes, we can undertake bolder forms of political action, reimagine humankind's role in the environment, and arrive at more meaningful understandings of happiness and progress.
Far from the simple anti-technology screed, or the back-to-nature meditation we read so often, How to do Nothing is an action plan for thinking outside of capitalist narratives of efficiency and techno-determinism. Provocative, timely, and utterly persuasive, this book is a four-course meal in the age of Soylent.

Jenny Odell is an artist and writer who teaches at Stanford and has been an artist-in-residence at places like the San Francisco dump, Facebook, the Internet Archive, and the San Francisco Planning Department. Her writing has appeared in the New York Times, New York Magazine, The Atlantic, The Believer, The Paris Review, and McSweeney's, among others. She lives in Oakland.