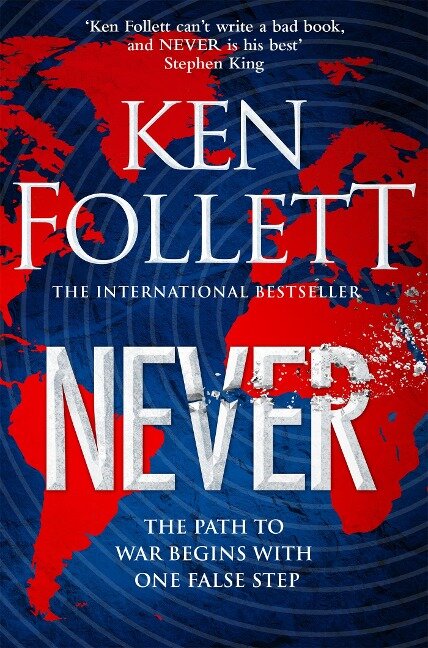 Visionary in scale, and the first contemporary novel in over a decade from number one worldwide bestseller Ken Follett, Never imagines a scenario we all hope never comes true: the imminent threat of World War Three . . .

Ken Follett was born in Cardiff, Wales. Barred from watching films and television by his parents, he developed an early interest in reading thanks to a local library. After studying philosophy at University College London, he became involved in centre-left politics, entering into journalism soon after. His first thriller, the wartime spy drama Eye of the Needle, became an international bestseller and has sold over 10 million copies. He then astonished everyone with his first historical novel, The Pillars of the Earth, the story of the building of a medieval cathedral, which went on to become one of the most beloved books of the twentieth century. Now he springs another surprise with Never. One of the most popular authors in the world, his many books, including the Kingsbridge series and the Century trilogy, have sold more than 178 million copies. A father and husband, Ken lives with his wife in England and enjoys travelling the world when he can.

In The Miso Soup