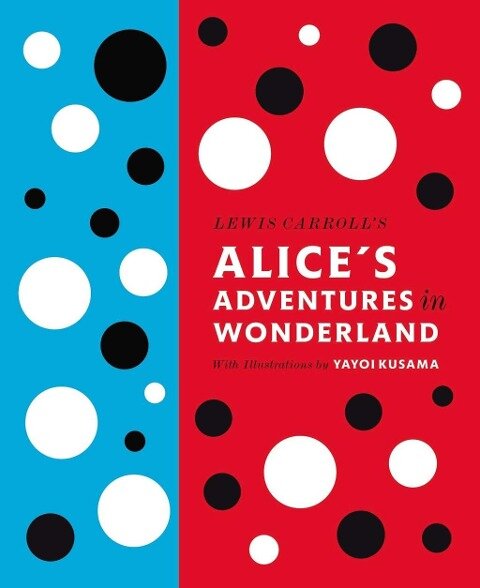 Yayoi Kusama was born in Matsumoto City, Japan in 1929. Her work is in the collections of leading museums throughout the world including the Museum of Modern Art, New York; LACMA, Los Angeles; Walker Art Center, Minneapolis; Tate Modern, London; Stedelijk Museum, Amsterdam; Centre Pompidou, Paris; and the National Museum of Modern Art, Tokyo. Major exhibitions of her work have appeared in many of the world's most celebrated museums. Kusama lives and works in Tokyo, Japan.

Lewis Carroll, born Charles Lutwidge Dodgson (1832-98), grew up in Cheshire in the village of Daresbury, the son of a parish priest. He was a brilliant mathematician, a skilled photographer and a meticulous letter and diary writer. Alice's Adventures in Wonderland, inspired by Alice Liddell, the daughter of the Dean of Christ Church in Oxford, was published in 1865, followed by Through the Looking-Glass in 1871. He wrote numerous stories and poems for children including the nonsense poem The Hunting of the Snark and fairy stories Sylvie and Bruno.