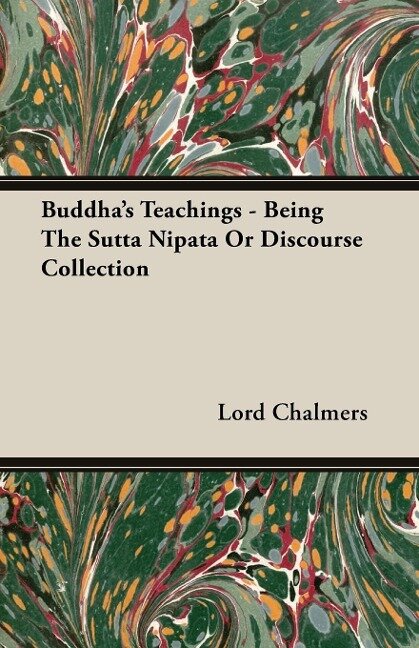 Buddha's Teachings - Being the Sutta Nipata or Discourse Collection

This book contains a metrical English rendering of an important Buddhist work in Pali, named 'Sutta-Nipata'. The 'Sutta Nipata' is a Buddhist scripture, a sutta collection in the Khuddaka Nikaya, part of the Pali Canon of Theravada Buddhism. All its suttas, thought to originate from before the Buddha's parinibbana, consist largely of verse, though some also contain some prose. This ancient volume is highly recommended for anyone with an interest in Buddha and his teachings. Inspiring and thought-provoking, this timeless text would make for a great addition to any personal library, and is not to be missed by the discerning collector of such literature. Many antiquarian books such as this are becoming increasingly scarce and extremely expensive. This volume has been elected for modern republication due to its immense historical and education value, and is being republished now in an affordable, modern, high-quality edition - complete with a specially commissioned new introduction.