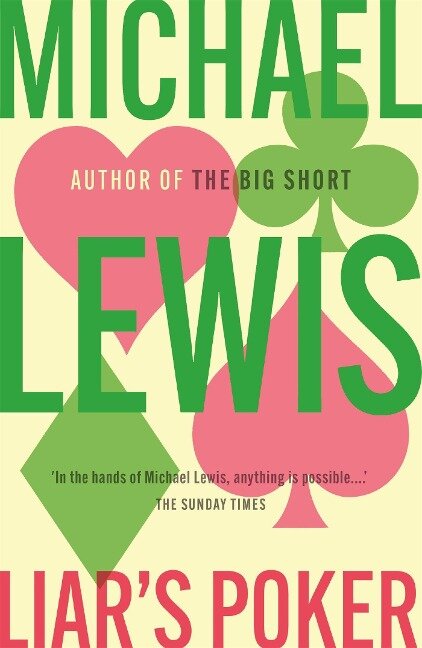 THE BOOK THAT REVEALED THE TRUTH ABOUT LONDON AND WALL STREET
From mere trainee to lowly geek, to triumphal Big Swinging Dick: that was Michael Lewis's pell-mell progress through the dealing rooms of Salomon Brothers in New York and London during the heady mid-80s when they were probably the world's most powerful and profitable merchant bank.
Funny, frightening, breathless and heartless, Liar's Poker is the original story of hysterical greed and excessive ambition, one that is now more potent and enthralling than ever.
'If you thought Gordon Gekko of the Wall Street movie was an implausibly corrupt piece of fiction, see how you like the real thing. This rip-the-lid-off account of the bond-dealing brouhaha is the work of a real-life bond salesman.' The Sunday Times
'Wickedly funny' Daily Express
'Hilarious' New York Times

Michael Lewis is a former banker who worked at Salamon Brothers in the height of Eighties boom. He writes regularly as a journalist and is the author of several books, including the international bestseller, LIAR'S POKER.
Michael Lewis was born in New Orleans and educated at Princeton University and the London School of Economics. He has written several books including the international bestseller, Liar's Poker, widely considered the book that defined Wall Street during the 1980s. Lewis is contributing writer for the New York Times Magazine and also writes for Vanity Fair and Portfolio magazine. He is married with three children.

An amazing book, readable, funny and mind-boggling ... one of the great business books of all time Punch Read all about it: headlong greed, inarticulate obscenity, Animal House horseplay ... The Sunday Times Immense verve and wit 20/20 Magazine A highly immoral book Daily Mail Wickedly funny Daily Express As traders would say, this book is a buy Financial Times