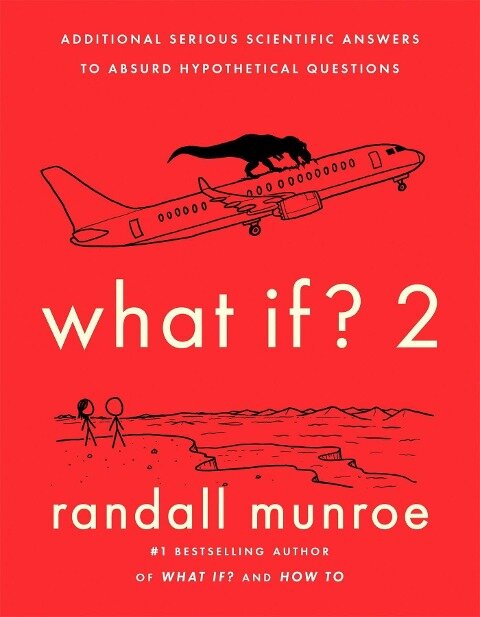 FROM THE SUNDAY TIMES BESTSELLING AUTHOR OF WHAT IF?
Randall Munroe, the creator of the wildly popular xkcd.com, is back with even more hilarious and informative answers to important questions you probably never thought to ask.
What would happen if the solar system was filled with soup?
How many people would it take to build Rome in a day?
Could you build a lava lamp out of real lava?
If the Earth was a massive eye how far would it see?
Millions visit xkcd.com each week to read Randall Munroe's iconic webcomic. Fans ask him a lot of strange questions; in pursuit of answers, Munroe runs computer simulations, pores over stacks of declassified military research memos, solves differential equations and consults nuclear reactor operators. His responses are masterpieces of clarity and hilarity, complemented by comics. They often predict the complete annihilation of humankind, or at least a really big explosion.

Randall Munroe is the creator of the webcomic xkcd and bestselling author of What If?, Thing Explainer and xkcd: Volume 0. Randall was born in Easton, Pennsylvania, and grew up outside Richmond, Virginia. After studying physics at Christopher Newport University, he got a job building robots at NASA Langley Research Center. In 2006 he left NASA to draw comics on the internet full time, and has since been nominated for a Hugo Award three times. The International Astronomical Union recently named an asteroid after him: asteroid 4942 Munroe is big enough to cause mass extinction if it ever hits a planet like Earth.

A Court of Thorns and Roses.