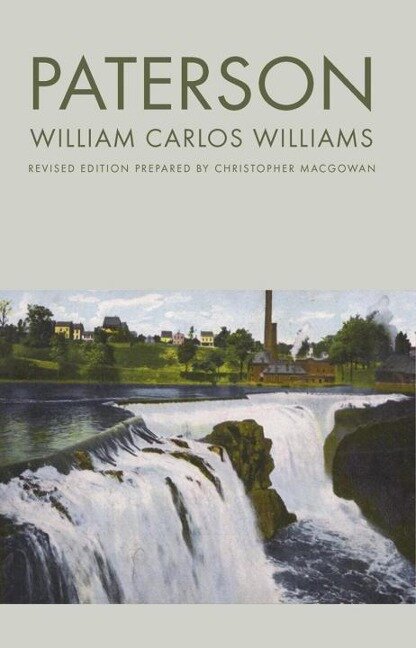 Paterson is both a place-the New Jersey city in whom the person (the poet's own life) and the public (the history of the region) are combined. Originally four books (published individually between 1946 and 1951), the structure of Paterson (in Dr. Williams' words) "follows the course of teh Passaic River" from above the great falls to its entrance into the sea. The unexpected Book Five, published in 1958, affirms the triumphant life of the imagination, in spite of age and death. This revised edition has been meticulously re-edited by Christopher MacGowan, who has supplied a wealth of notes and explanatory material.

Besides being a practicing physician, William Carlos Williams (1883-1963) was a poet, short-story writer, novelist, translator, playwright, and essayist whose contribution to the development of modern American poetry grew out of his commitment to recording the "local" experience of Rutherford, New Jersey, and its environs.