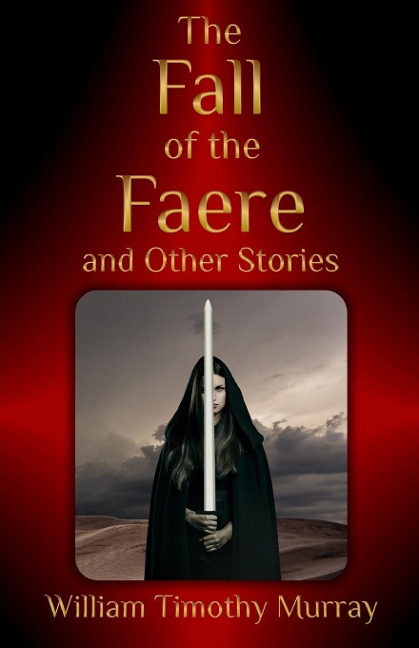 The Fall of the Faere and Other Stories

The Elifaen once had wings.
They came into being during a time before there was time, when the sun and moon and all the stars shone together in the sky with equal glory.
In those days, they were called the Faere.
They reveled in light and air, spoke with all things, heard all things, loved all things, and were loved by all things.
But strife and discord entered the world…
These stories, myths, and legends set the stage for the epic events of The Year of the Red Door. Here is told how the world was created, how the Faerekind lost their wings and became the Elifaen, The Fallen Ones, and how they failed to save their people from strife.
Some of the figures within these tales fought valiantly to avert the conflicts and violence that they foresaw. Some saw the error of their ways and sought to undo the plight they had inflicted upon their people. Others remained unrepentant and vengeful, and they ensured the fate of all the others.
By the late Second Age, almost all of the significant players in these tales would be dead, and many of them would be all but forgotten. But the power of their acts, stretching beyond the breadth of their lives, seeded the crisis that unfolded during the year 870-871 of the Second Age, The Year of the Red Door.
==
About The Year of the Red Door:
244 Days Remain.
That is all.
The Year of the Red Door has begun, and four months have already passed by. This is the story of the last 244 days.
Uncanny things are taking place in the world, mysterious powers are stirring, and there are signs of coming change. Like pieces on a gameboard, ancient forces are moving into position, gathering strength. Many sense the portents and see the signs, but few know their meaning. Fewer still understand what must be done. But who is there to do it?
In only 244 days, six intrepid travelers must cross thousands of miles, to the far edge of the world, to find a place that may not even exist. A legendary place called Griferis where a new king may be prepared, trained, and judged for worthiness. It is their bid to find that place, to discover the secret Name of the King, and to make one of their companions the new King. But hope is thin, and time runs out. Can the Name be found? Can the Usurper use it to take the throne? And will it make any difference? It already seems too late.
In the spirit of J.R.R. Tolkien and Charles Dickens comes a new heroic tale, a story of ageless love and brave determination, of tragic loss and the hope of redemption. During this quest, mythic powers arise from the ancient past, fate collides with destiny, and the world edges swiftly to its final destruction or to its ultimate fulfillment. Only the Bellringer can tip the balance of fate, but the world is almost out of time...
www.TheYearOfTheRedDoor.com