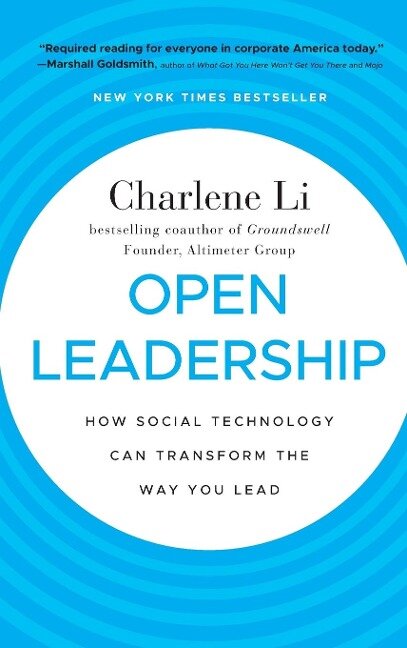 Charlene Li is founder of the Altimeter Group and the coauthor (with Josh Bernoff) of the critically acclaimed, bestselling book Groundswell. She is one of the foremost experts on social media and technologies, and is a consultant and independent thought leader on leadership, strategy, social technologies, interactive media, and marketing. Formerly, Li was vice president and principal analyst at Forrester Research and a consultant with Monitor Group. She was named one of The 12 Most Creative Minds of 2008 by Fast Company, and one of the Most Influential Women in Technology 2009. To follow Charlene and to get a number of free resources to help you start transforming the way you lead, visit open-leadership.com.