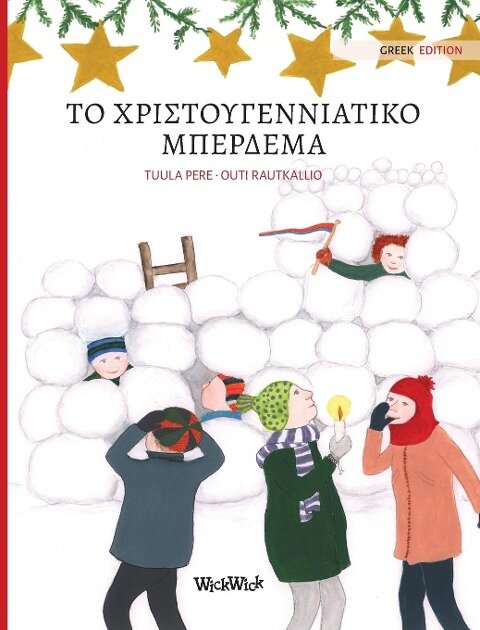 The Perksons just love Christmas-especially Mom, who starts preparing for the perfect Christmas early in the fall. Sometimes her plans are so ambitious, though, she runs out of steam before Christmas even arrives!
For Dad, the most important thing is to have the garden decorated with tons of Christmas lights to delight himself and the neighbors. But the fuses blow nearly every time he comes up with a new lights arrangement!
This year the Perksons get the last presents ready in the nick of time. But things don't play out quite as they planned. Will Christmas still come despite this year's less-than-perfect preparations?

Tuula Pere (b. 1958) is a Ph.D. in Law and an author from Helsinki, Finland. Her doctoral dissertation published in 2015 examines the limits of the freedom of speech in the Finnish mass media amidst the social and cultural shift of the 1960s and 1970s. Before her doctoral research, Tuula Pere has had a career of over two decades as a lawyer and in various expert and executive positions in the industry.
Since 2010, Tuula Pere has published over thirty children's storybooks which have been translated into Swedish, English, Russian, Estonian, French, Italian and Spanish, for example. She has also published poetry and aphorisms for children and short stories for adults.
Tuula Pere is an avid music and sports enthusiast and a keen baker. She is married and a mother of three.